Service Coordinator
Back To Care Services 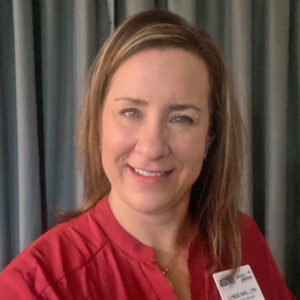 Lynde has worked as a Practical Nurse for nearly two decades and has an extensive background aiding seniors. Lynde recalls wanting to be a nurse since childhood, ultimately choosing the profession to take care of people who are unable to care for themselves. Compassionate and caring, she worked for ten years with Alzheimer’s and dementia patients. Lynde has a great passion in this area, as her father also had a diagnosis of Alzheimer’s. She was the Director of Nursing for two assisted living communities in the Brevard area and has also worked in the Skilled Nursing environment. Lynde has been happy to call Brevard County home since 1985. She graduated from Satellite High School and went on to obtain her nursing degree from Brevard Community College. When she became a military wife, Lynde put her talents to work in other parts of the nation, practicing nursing in Vernon Hills, Illinois and Bremerton, Washington. In 2011, Lynde returned to Brevard County and now resides in Viera with her daughter. Miniature schnauzer, Khodi and Labrador retriever, Aria, are also important parts of the family. When she’s not at work, Lynde enjoys gardening and spending time on Brevard’s wonderful beaches.

Call Us To Get Started!

Senior Partner Care Services is a proud member of the One Senior Place family of companies. These intensely senior-focused businesses provide virtually everything seniors and their families need to improve the aging experience.